What is the best yoghurt pot for the planet?

A person in France today consumes 168 yoghurt pots every year. On a global scale, this amounts to 14,910,000,000 kg per year or 473 kg consumed per second! What can we do with the billions of pots consumed each year? Is there an alternative to plastic for these containers?

16 billion pots of yoghurt or fresh dairy products are consumed every year in France, but only 30% of this packaging can currently be recycled.

Yoghurt pots are mainly made of polystyrene, a plastic made of petrochemicals that is non-renewable and non-biodegradable. Though they could be recycled, this rarely happens, for several reasons:

Only 30% of people in France are currently able to put their yoghurt pots in their recycling bins. The others have to throw them out with their household waste, which is then incinerated. These 3 out of 10 French people live in areas that are testing new ways to recycle plastics.

A brittle plastic that is difficult to process

This kind of plastic is very light and breakable, which makes it easy to split a yoghurt pot from its pack. But this brittleness has a downside: during waste collection, the pots can break into tiny particles that can’t be processed by sorting machines. And when yoghurt pots litter the environment, these mini particles add to marine pollution.

The pot closure and lid also complicate the recycling process

A yoghurt pot is made of different components, making it a multi-material object: its label (either in paper or another resin) and lid (aluminised or not) can prevent it from being identified by optical sorting machines.

Even if the polystyrene does reach reprocessing plants, the recycled material produced is of lower quality than the original

This new plastic can’t be used for food, and has only limited uses: it’s used to make clothes hangers, flower pots, or construction industry packaging.

Given that yoghurt pots are such a major feature of everyday life, this low recycling rate presents a major global problem. Even though manufacturers appreciate how inexpensive and easy to use these containers are, they now face significant challenges when trying to meet the environmental expectations of consumers (for example, the Danone Group has pledged to stop using polystyrene in its yoghurt pots by 2024 in Europe, and by 2025 worldwide). Furthermore, a European law* will require them to create fully reusable or recyclable plastics by 2030. So, what alternatives do they have? 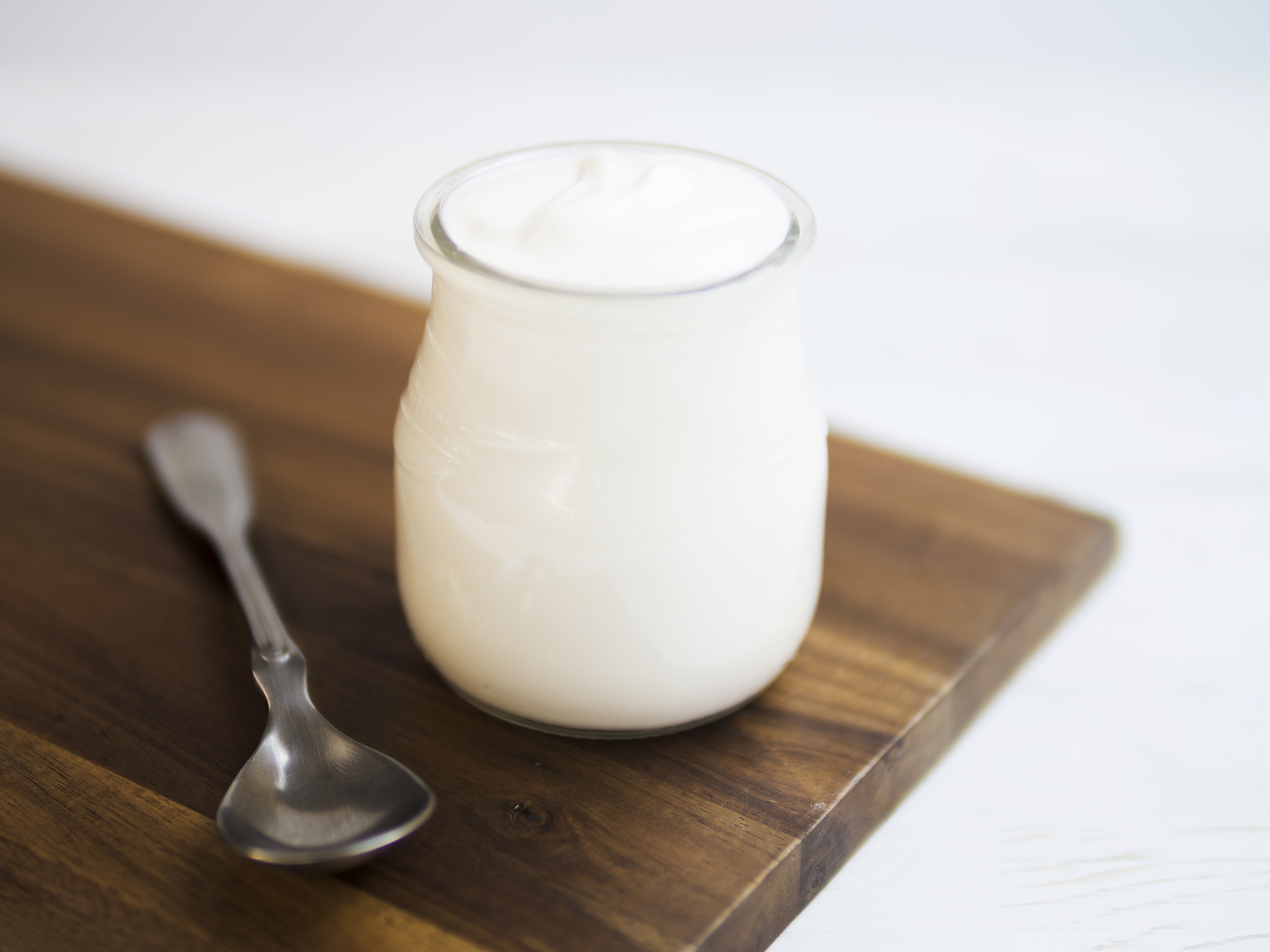 Glass is seen as a good ecological option since it requires few raw materials and none made from petroleum derivatives. Glass is usually made of sand, soda ash, and limestone. The other big advantage is that it can be reused more easily than plastic or cardboard and above all is infinitely recyclable.

However, it takes a lot of energy to produce, and even to recycle.

An energy-intensive manufacturing and recycling process

High-impact transport along the entire chain, including recycling

Because glass is fragile, jars are hard to stack, requiring more trucks and more protection to avoid breakage during transport.

Though glass does present many advantages, it’s not a miracle solution in ecological terms. 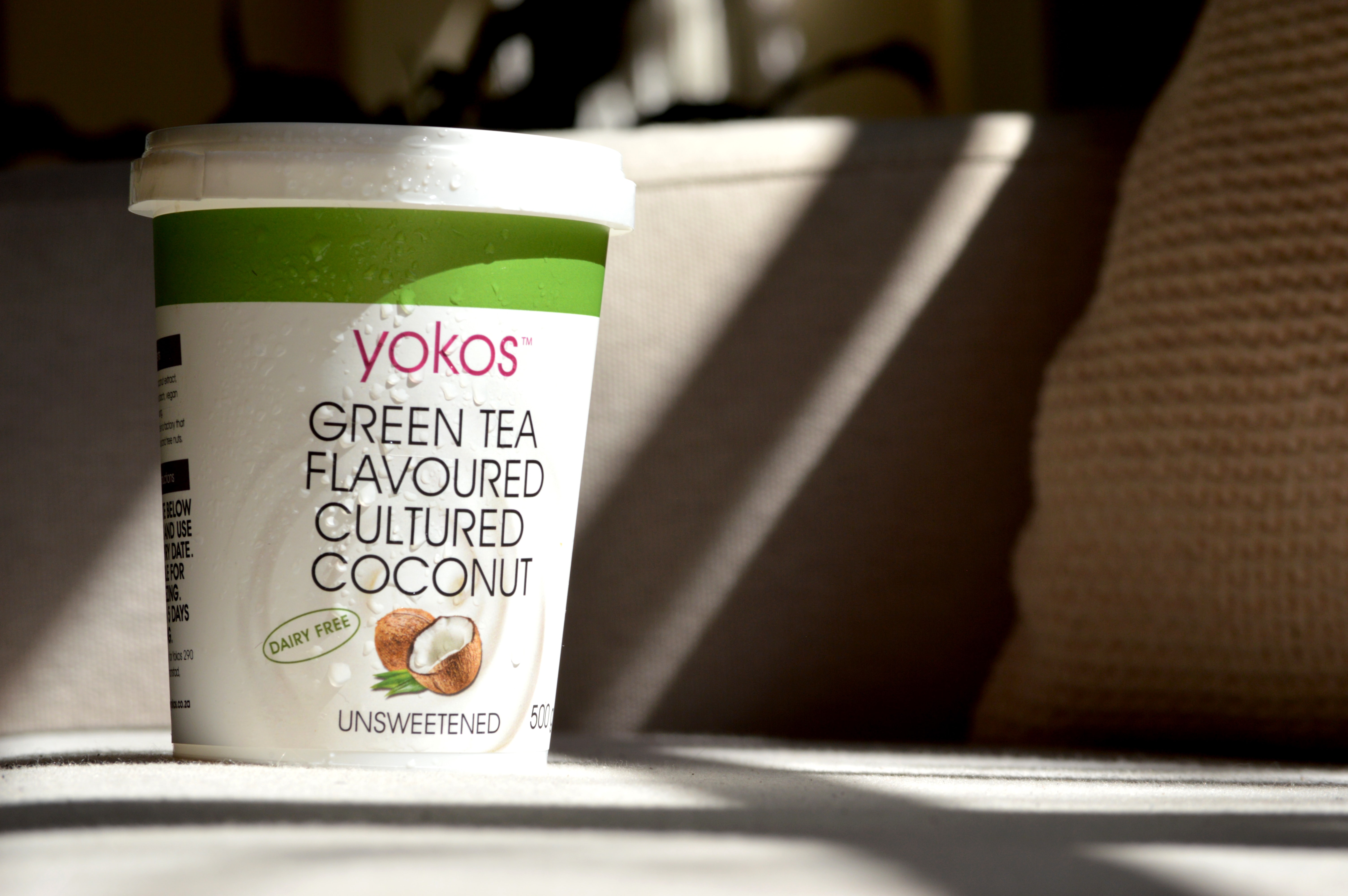 Given the ban on plastic bags, cardboard packaging has returned to most stores in recent years. Because of its light weight, it’s now being used in many ways to facilitate transport and protect all kinds of goods.

Véronique Fabien-Soulé of Syndifrais (the National Union of Fresh Dairy Product Manufacturers) stated in an interview***: “It’s very limited, there is only one manufacturer of cardboard pots in France. They’re used for more expensive products, and wouldn’t be feasible for mass consumption”.

Characteristics that make them less than ideal for dairy product packaging

Cardboard pots used for dairy products are not 100% cardboard for several good reasons: cardboard alone cannot withstand the humidity of the products, and it would also be impossible to place lids on them.

All the cardboard pots now used for yoghurt are multi-complex since they are all coated with PE (polythene) or paraffin to provide a moisture barrier. As with glass jars, they are more difficult to recycle because they aren’t made of a single material. Even if they are put in recycling containers, they will end up being incinerated or landfilled. 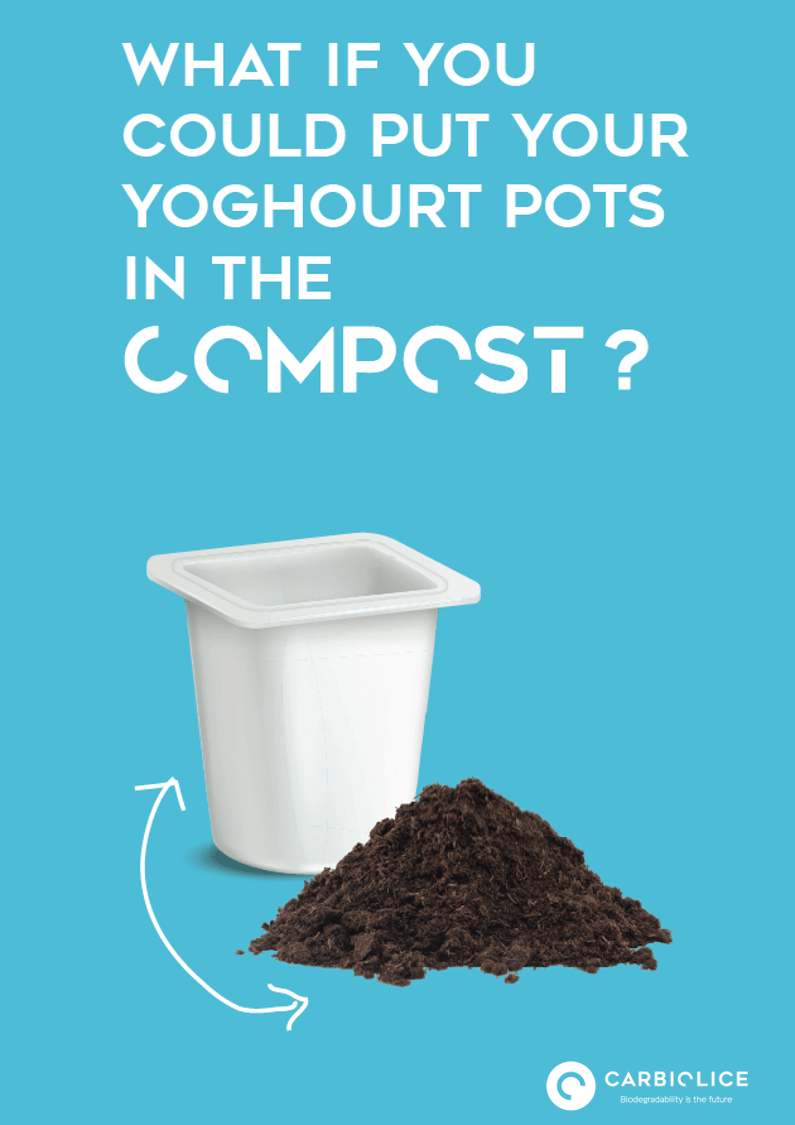 When we start adopting more eco-friendly behaviours, one of our first steps is to eliminate plastic. While the end-of-life of most plastics clearly presents a real ecological threat, this material does offer many advantages suggesting that plastic can be ecological :

– it’s practical and easy to handle ;
– it costs little to produce, which also reduces the purchase price for consumers ;
– it’s very light and easily transportable: one of the solutions with the lowest fuel consumption ;
– it’s easy to stack, requiring less storage space

This is why most manufacturers in the sector still choose plastic yoghurt cups. But what if we could rethink the end-of-life of plastic pots to preserve their technical features while protecting the environment?

There isn’t just one kind of plastic

There are many families of plastics, including the bioplastics family. The term bioplastic refers to two types of materials: bio-based plastics (made from biomass) and biodegradable plastics (including those that are compostable), which can be made from fossil fuels (petrochemical reactions). Bio-based plastics are made from plant resources such as wheat, corn, sugar cane, and potatoes. Since they pollute less than plastics made from fossil-based resources, and some are also biodegradable, they are now increasingly presented as a major alternative for reducing plastic pollution.

In June 2020, the Citizen’s Convention suggested promoting “compostable bio-based packaging” to “restrict overpackaging and the use of single-use plastic“.

PLA: a bio-based AND biodegradable bioplastic

In the bio-based plastics family, the advantage of PLA or polylactic acid is that it’s both bio-based (from renewable resources like corn or sugar cane), and biodegradable (compostable under industrial conditions).

Several eco-conscious brands have already chosen PLA for their yoghurt cups. One example is Les 2 vaches, which explains their choice here : the choice of PLA yoghurt pots for Les 2 vaches.

The only limitation of PLA: its compostability

Though PLA is compostable, its lengthy biodegradation time meant that it could only be composted industrially. However, this disadvantage has just been eliminated thanks to Evanesto®, the only additive that accelerates the disintegration of PLA so it can be more quickly assimilated by microorganisms in the compost (with no residue or toxicity). This means plant-based plastics can be composted even at home.

The best yoghurt pot for the planet!

With Evanesto®, yoghurt pots can be composted everywhere! This makes it possible to maintain all the technical characteristics that make plastic so convenient while providing the pot (and its lid) with an eco-friendly end of life.

This innovation in the production of compostable bioplastics complements recycling by providing an eco-friendly end of life for thin, multi-layer, or soiled plastics that can’t be recycled.

The recycling of yoghurt pots, in brief :

Is the yoghurt pot recyclable?

Mostly made of polystyrene, yoghurt pots can rarely be recycled, they mostly end up being incinerated. The technical properties of this plastic ( lightweight and breakable) but also the multiplicity of materials used in the design of the yoghurt pot (for its label, its lid…) are a problem during collection and sorting in recycling plants. Another obstacle to recycling: only 30% of French people are currently authorized to place their yogurt pots in the yellow garbage can (they benefit from the extension of sorting instructions, currently being tested).

In which garbage can should yogurt pots be thrown?

If you are one of the 30% of French people benefiting from the extension of the sorting instructions, you can throw your yoghurt pots in your yellow garbage can, which guarantees that they will go to a recycling plant. For the others, you still have to throw them with your household garbage in the grey garbage can, which means they will be incinerated or buried?

Which plastics can be recycled?

Plastic is a very difficult material to recycle. Out of the 7 main families of plastics, only 3 are recyclable (but not always recycled, especially when they are soiled): PET (Polyethylene Terephthalate), HDPE (High Density Polyethylene), and PP (Polypropylene). It is thanks to the pictogram representing the recycling loop (Möbius loop) associated with a number inside that we can identify which plastics are recycled: n°1, n°2, n°5.

* Directive (EU) 2019/904 of the European Parliament and of the Council of June 5, 2019 on the reduction of the impact of certain plastic products on the environment.

How does industrial composting work?