Polylactic acid to those in the know

Chemist Théophile-Jules Pelouze first synthesised PLA in 1845. In 1954, the chemical company Dupont patented an industrial synthesis process. Learn about the history of plastic in 15 key dates. In the 1960s and ’70s, this polymer was used in biomedical applications because it could degrade under physiological conditions. Because PLAs is non-toxic and biocompatible, it’s often used to make biodegradable suture strings and implants for sustained drug release.

In the 1990s, PLA expanded into other uses. The company Cargill developed a ring-opening polymerisation (ROP) process that allowed it to synthesise high-molecular-weight PLA (called PPLA) on an industrial scale (sold in pellet form). Thanks to its mechanical properties and biodegradability, PLA can replace non-biodegradable polymers such as PET and polystyrene.

Researchers have since discovered even better ways to design PLA and create formulations for specific applications.

PLA: a biosourced and biodegradable bioplastic! 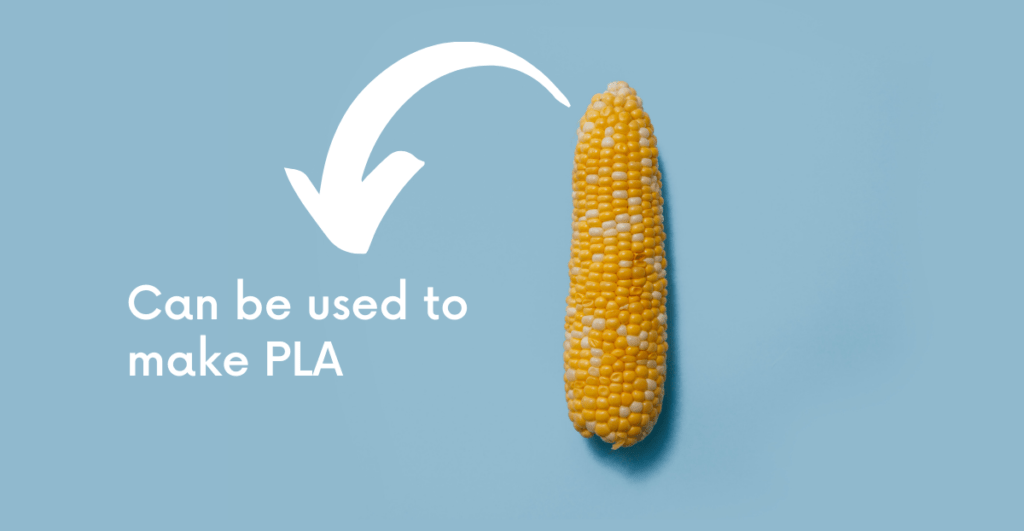 PLA is classified as a 100% biosourced plastic: it’s made of renewable resources such as corn or sugar cane. Lactic acid, obtained by fermenting sugar or starch, is then transformed into a monomer called lactide. This lactide is then polymerised to produce PLA.

PLA is also biodegradable since it can be composted. However, its compostability had until recently been limited since it required constant high temperatures, meaning it could only be composted in industrial plants. Furthermore, the time it took to disintegrate meant it could only be used to produce thin films with a limited quantity of PLA (and therefore few biosourced components). This problem has now been entirely resolved thanks to Evanesto®, the first additive that has allowed PLA-rich plastics to obtain the OK HOME certification from the Tüv Austria organisation. This additive allows microorganisms in the compost to assimilate PLA more quickly and easily, ensuring that plastic packaging and products (even rigid ones) can be added to home composters along with food scraps and other kinds of biowaste.

A growing field of application!

PLA resins can be used without major adjustments to the plastics industry’s existing tools: a significant advantage that means the entire sector can now use PLA.

PLA is a transparent and rigid polyester at room temperature, seting it apart from other compostable and biosourced resins currently on the market. PLA has a transparent and shiny appearance similar to glass, is easy to print on, is resistant to fats and many organic compounds and solvents, and has intermediate barrier properties like polystyrene. PLA can therefore replace fossil-based products in many applications.

PLA has quickly become the most common filament in 3D printing. PLA’s biodegradability fits perfectly with the spirit of 3D printing (producing the strict minimum, on-demand, onshoring). In addition, 3D printing filaments are often made of PLA because of its thermal and mechanical properties.

The future belongs to PLA

Driven by strong demand, the bioplastics market keeps increasing and is expected to grow between 10 and 15% per year by 2025 (and the good news is that it won’t compete with human or animal food production). PLA is 100% biosourced and biodegradable, one of the first renewable polymers to compete with traditional polymers in terms of performance and environmental impact! This is why its production has continued to increase since 2001.

There are now two main global producers of PLA: NatureWorks LLC and Total Corbion PLA. To respond to this market growth, the joint-venture Total Corbion PLA, created in 2017 by Total and the Dutch company Corbion (a lactic acid specialist), started up production of a new PLA range under the brandname Luminy® in 2018. This PLA is be made from GMO-free sugar cane at its plant in Rayong, Thailand (which has a name plate capacity of 75,000 tonnes per year). Total Corbion PLA is also planning to start up production at its Grandpuits site in France in 2024 (name plate capacity of 100,000 tonnes per year).

Other companies are also emerging in this field: in Asia, the joint-venture Anhui BBCA & Galactic (with an annual capacity of 40,000 tonnes); PLA NEO Futurroqui, which is planning to produce 100,000 tonnes by 2024, as is PLA ZERO (based in South America). This means that within the next four years, companies will be able to produce 600,000 tonnes of PLA per year, enough to meet the needs of many markets.

An effective solution to fight against pollution from useful plastic

It remains hard to replace plastic in certain cases. This observation is shared by the Citizens’ Climate Convention in France, which states that “packaging remains necessary for many products for health reasons or to ensure product quality.” Compostable plastic, and therefore PLA, is an alternative that will allow us to keep using plastic, all while protecting the planet.

In June 2020, the Citizens’ Climate Convention recommended “establishing mechanisms to promote the use of biosourced materials that can be composted and even—over time—fully biodegraded.”

Though you may not have known about PLA before reading this article, you’re likely to use it (and compost it) every day very soon!